We are HETAS installers and specialise in twinwall chimney systems installations in properties within Langport and Curry Rival area. This project involved installing a low cost free standing cylindrical woodburner in Langport called the Arctic 5, which is made by Greymetal based in Chester.

We used a total of four 45 degree twinwall bends to avoid a couple of obstacles outside the property. A total of three twinwall support brackets were used to fix the twinwall system to the property in order to provide adequate strength in high winds. We also used a twinwall anti-downdraft cowl to reduce downdraft as the property was in a high position on a hill. The entire system was coated in powder black rather than stainless steel to reduce visual impact and reflective potential. 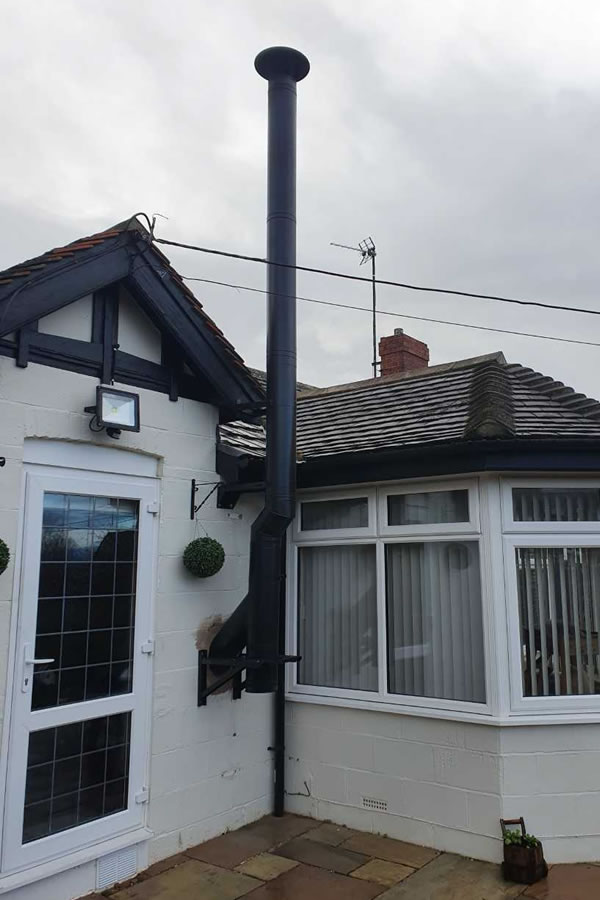 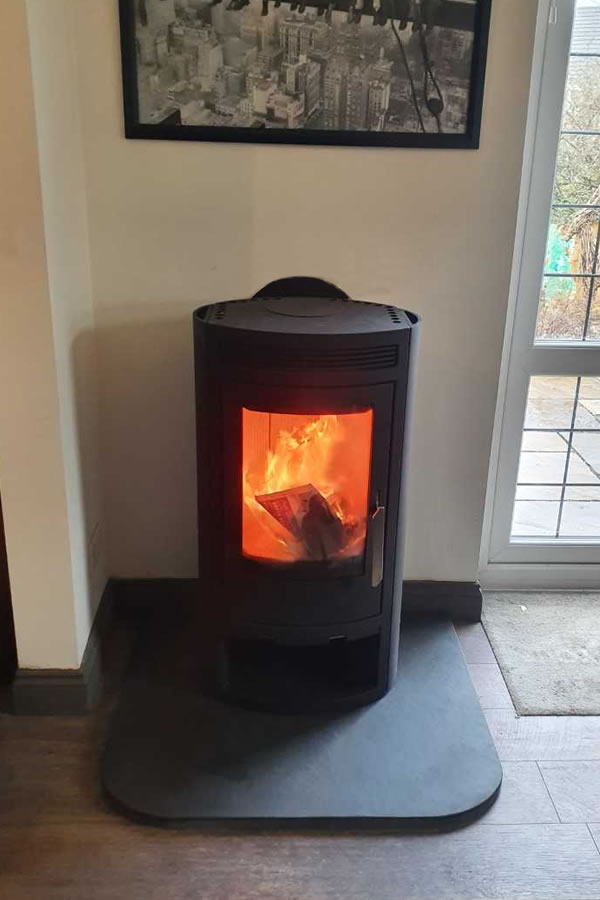 The Arctic 5 kW grey, smoke exempt, multi-fuel woodburning stove is one of the cheapest cylindrical woodburners on the market. The 5kw output would make it a common choice for many households as will heat a good size space and doesn’t require an air vent in properties built before 2008.

We also supplied and installed a slate hearth. Our local builder Brendon Ahern shaped this slate on site by curving off the corners  in order to reduce the risk of the slate being a trip hazard near a door. We can provide all sizes or slate and stone hearths.

Call 07715 104420 if you’re looking for a HETAS twinwall chimney and woodburner installer in Langport near Curry Rival.